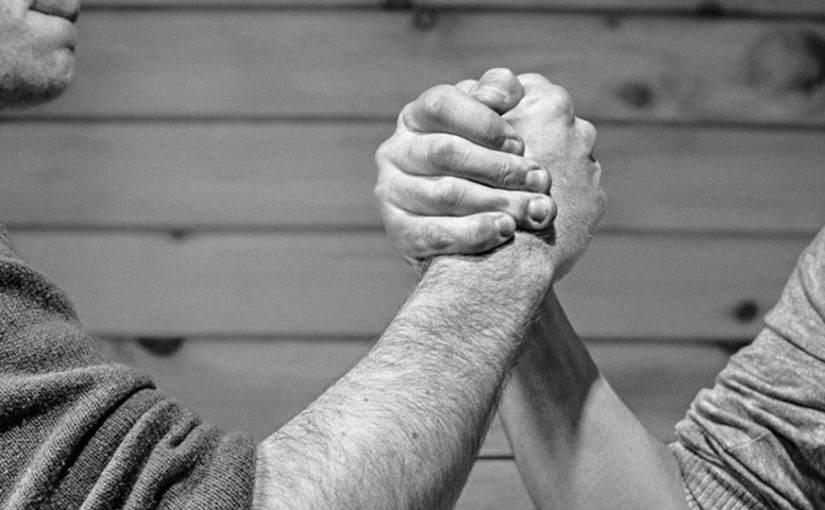 At Flip.to, we’re constantly working with people in the industry that inspire us. Here’s a special post from our own team member, originally featured on LinkedIn Pulse. Looking to collaborate? Get in touch and let’s do something amazing together.

It’s virtually impossible to read hospitality headlines nowadays without seeing at least one piece on how hotels can “take back control” from OTAs. A noble pursuit indeed but do hotels know what sort of “control” it is they’re trying to take back? I would argue the answer to that is no in most cases.

Let’s look quickly at what OTAs are designed to do and why they’re good at it. OTAs are conversion machines. They bring in massive amounts of traffic and then excel at converting that traffic into room nights, car rentals, airline tickets, etc.

Expedia spent, collectively across all of its brands, nearly $3 billion on marketing in 2014. If they’re willing to put that kind of money into the marketing aethers then it’s a sure bet they’re serious about converting that traffic when it lands on their sites.

Beyond that they’ve also invested heavily in keeping those customers coming back. They’ve accomplished this through a loyalty program, long-term nurturing, and a purchasing/discovery experience that favors the user. Not one of these three things is beyond the ability of any hotel reading this.

In most cases when I read these articles about wresting control from the OTAs the focus is on share of revenue and room nights. How can hotels shift more of that into their ecosystem? The issue with this “control” narrative is that it’s focused on symptoms and not the causal factors mentioned above.

As a hotel, it can be overwhelming trying to compete for the fleeting attention of travelers. Never before in human history have so many sources been competing for a person’s attention. OTAs are good at this because they have scale and budget. They can be in most places the consumer cares about, but not everywhere.

For hotels this means competing in spaces where OTAs are not yet part of the equation, and via means unavailable to them. To achieve this the hotel needs to be in front of the guest before that person is even in the travel-planning mindset. It’s better to stand out early than to be part of an arbitrary sorting algorithm on a third-party website.

On top of this, social media is so underutilized by hotels it’s hard to believe it’s actually 2016. This is a low-cost platform that can drive massive value for the guest both pre- and post-stay and yet more often than not I see hotels sending people there versus collecting traffic from those sites.

OTAs are good at selling. They’re really, really good. That’s because they don’t really care that much about which product someone buys, just that they buy any product while they’re on their site. That’s their advantage, money notwithstanding.

Conversely, for the average independent hotel, they have a single product to offer. Sure there are different rate plans, add-ons, packages, etc. In the end though the guest can only buy that single experience. That being the case, why is it that most hotel websites feel and function like digital billboards? It’s like, “hey, you’re in my shop but here’s an ad for my shop anyway.”

Bulleted amenity lists, professional photos of rooms, and canned descriptions of the product abound. It’s incumbent upon the hotel to nurture that visitor down the path to becoming a guest. Hotels can provide insight into the experience the guest can expect unlike any OTA possibly can.

Remember, the OTA is putting piles of hotels in front of the consumer. That person is there for options.

When a potential guest lands on a hotel’s website something has already grabbed her attention and she’s interested. Give her something worth her time, not a product spec sheet.

And on the subject of time, the importance of design cannot be overstated. Imagine if, instead of feeling like work, learning about a hotel was an experience in and of itself. An experience that’s just a taste of what the guest can expect during a stay.

That’s the sort of “control” that wins the day. Winning more share of attention and designing experiences that convert will ensure more business comes direct. But it has to be earned, not taken back.

With nearly 15 years of professional experience in the hospitality space, Richard has a wide range of experience spanning revenue management, e-commerce sales, systems integrations, consumer loyalty, and building brand advocacy. Born and raised in the Carolinas, Richard flew south to Florida and launched a career in hospitality with Starwood Vacation Ownership. With a solid foundation of property-level experience, he switched gears and joined the folks at EZYield to explore hospitality technology and to help hotels operate more efficiently. From EZYield, he joined Stash Hotel Rewards and now Flip.to where he spends his professional time pulling this all together to make some sense of this industry. He holds a degree in economics and political science from the University of Central Florida and spends his free time running, reading, and learning all about life from his incredible wife and children. View all posts by Richard Dunbar